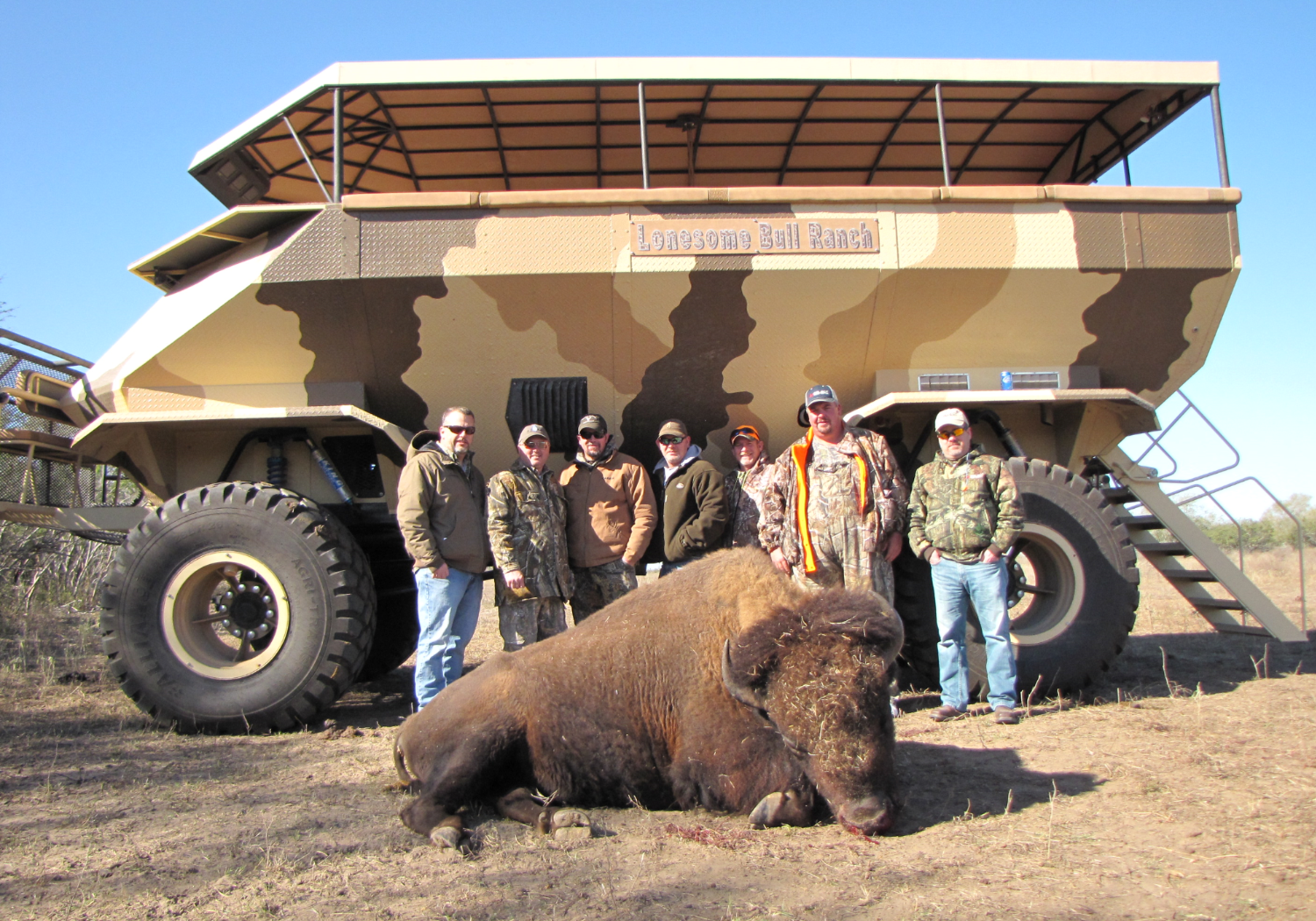 Buffalo Hunting Season: Buffalo can be hunted year-round in Texas, however they have their best coat during the winter months.

The American Bison is commonly known as the American Buffalo. Hunting American bison on the Lonesome Bull Ranch is as close to the buffalo’s natural habitat as you can get, minus the snow. The American Bison are the largest land mammal in north and south America. We have a very large herd of buffalo (over 100 strong) that roams the entire 2600 acres. The meat is good to eat and healthy for you. 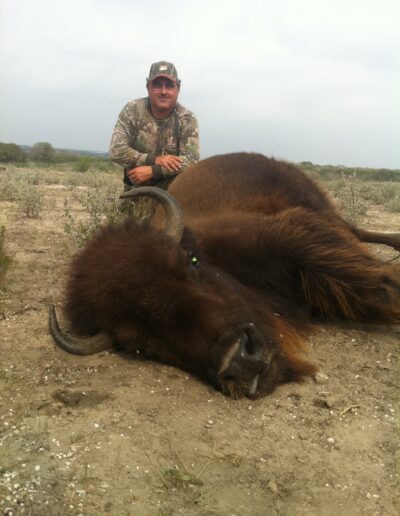 Of the two surviving species, the American bison, B. bison, found only in North America, is the more numerous. Although commonly known as a buffalo in the United States and Canada, it is only distantly related to the true buffalo. The North American species is composed of two subspecies, the Plains bison, B. b. bison, and the wood bison, B. b. athabascae, which is the namesake of Wood Buffalo National Park in Canada.

A third subspecies, the eastern bison (B. b. pennsylvanicus) is no longer considered a valid taxon, being a junior synonym of B. b. bison. References to “woods bison” or “wood bison” from the eastern United States confusingly refer to this subspecies, not B. b. athabascae, which was not found in the region. The European bison, B. bonasus, or wisent, is found in Europe and the Caucasus, reintroduced after being extinct in the wild.

While all bison species are classified in their own genus, they are sometimes bred with domestic cattle (genus Bos) and produce sometimes fertile offspring called beefalo or zubron. 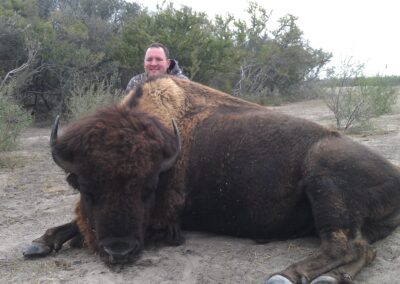 You may hunt our Trophy Buffaloes using any method you prefer, including Spot and Stalk, Bow Hunting, Rifle Hunting, Pistol Hunting, Safari Style, or from a Blind. All of our Buffalo are free ranging on over 2600 acres of South Texas Brush Country.

(We do Offer Package Hunts) 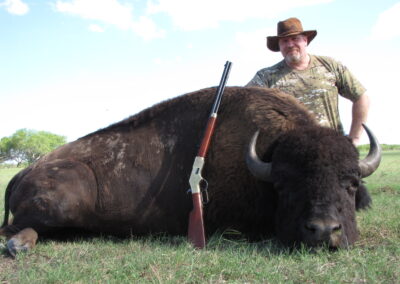 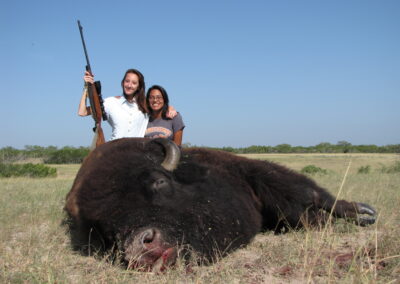 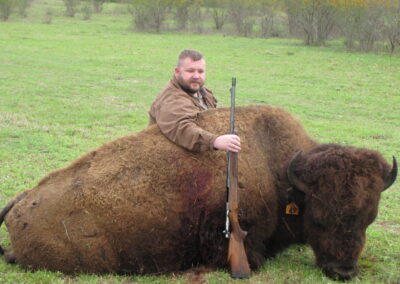 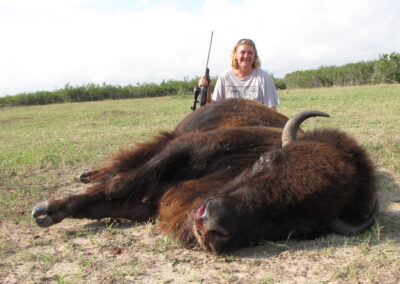 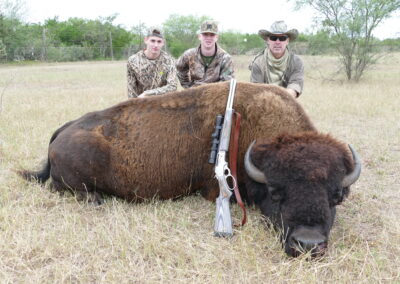 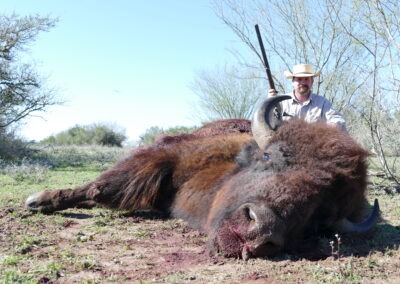 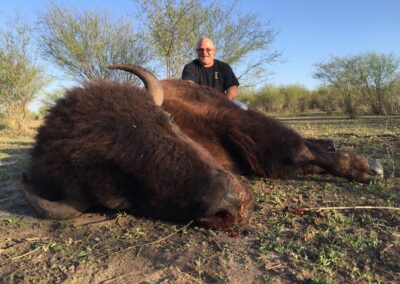 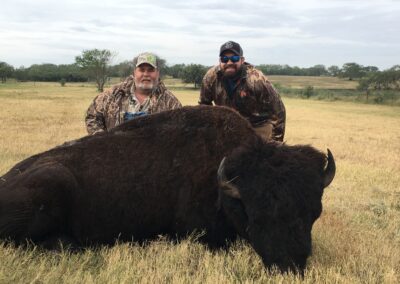 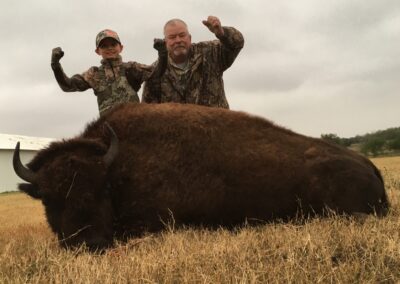 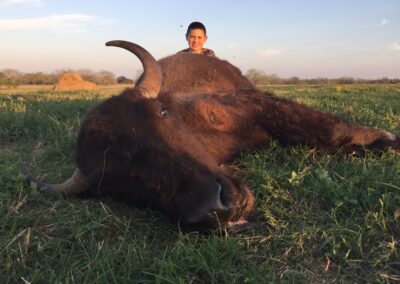 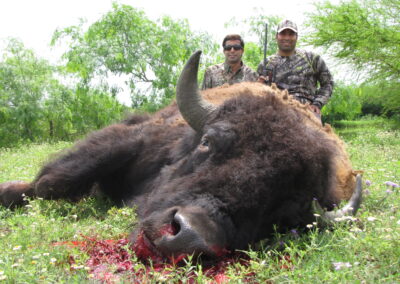 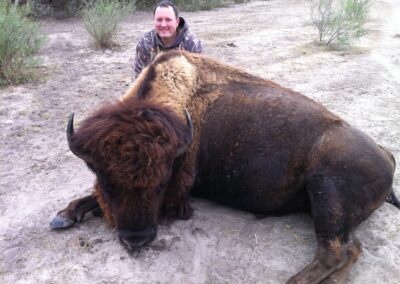 Please fill out the contact form below to receive more Buffalo Hunt information or Call: (361) 683-9744 or Email: exotics@lonesomebullranch.com