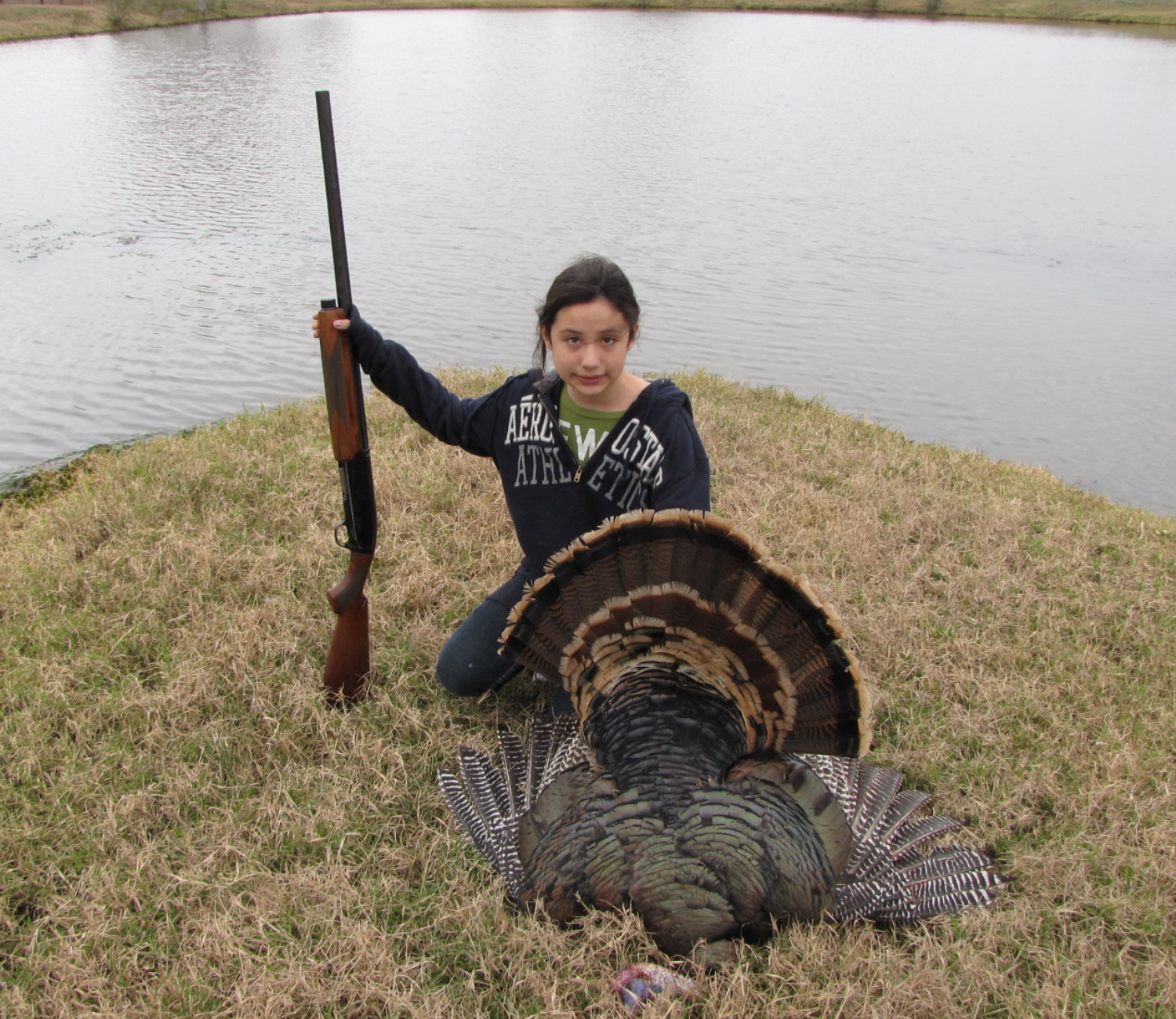 Turkey hunting in Texas, here on the Lonesome Bull Ranch, is best in the spring, when there is less activity. During regular deer season they seem to not be as active. Our Turkey rest down along the lake and we have over 1 ½ miles of lake front.  If you know how to call you will have no problem harvesting your birds. Our Turkey hunts are semi guide. We give you a large pasture with at least one blind in it or you can bring a pop-up blind or you can make one easily with tree branches. The big ones have only one thing on their mind in the spring, when they will be strutting. Turkeys can only be hunted with a shot gun or bow in Jim Wells County.

The wild turkey is an upland ground bird native to North America, one of two extant species of turkey, and the heaviest member of the diverse Galliformes. It is the same species as the domestic turkey, which was originally derived from a southern Mexican subspecies of wild turkey. Although native to North America, the turkey probably got its name from the domesticated variety being imported to Britain in ships coming from the Levant via Spain. The British at the time therefore associated the wild turkey with the country Turkey and the name prevails. However, a second theory posits that another bird, a guinea fowl native to Madagascar introduced to England by Turkish merchants, was the original source. The term was transferred to the New World bird by English settlers with knowledge of the previous species. Females can grow beards also.

We recommend reserving your Turkey Hunt in Texas well in advance to secure availability.

Please fill out the contact form below to receive more Turkey Hunting information or Call: (361) 683-9744 or Email: exotics@lonesomebullranch.com