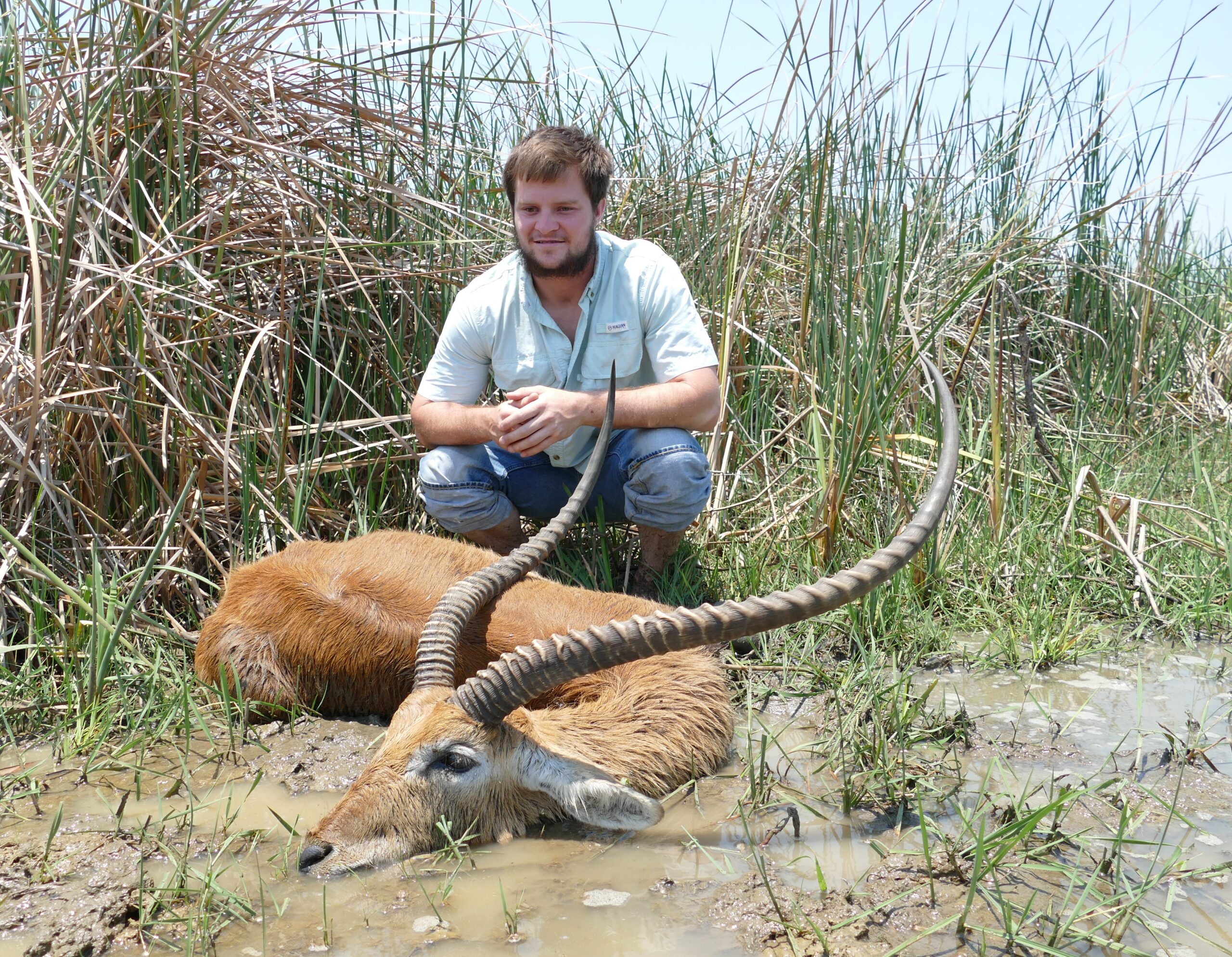 The Red Lechwe can only be hunted with a special permit from parks and wildlife. We here at the Lonesome Bull Ranch have these permits. Don’t be led a stray, most people say they have them but cannot produce them. This unique animal looks almost hurt the way they run, with there head low and the rump up high in the air. They seem to have uneven shoulders but do not. 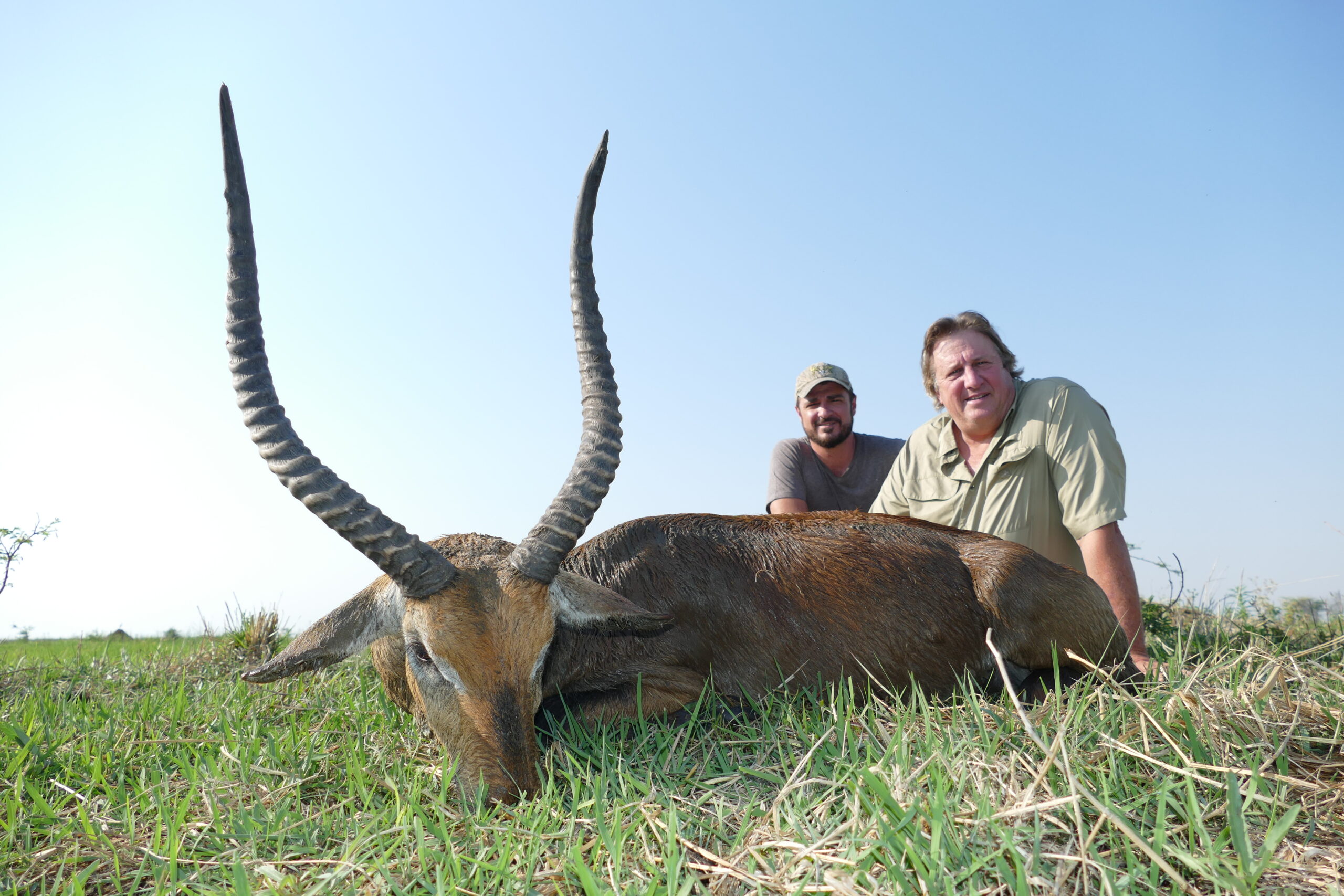 The Lechwe is a medium-sized antelope, closely related to the Waterbuck. The ram stands about one metre at the shoulder and has a mass of about 80 kg. The hindquarters are noticeably higher than the forequarters. Reddish brown on the upper parts and flanks and white on the under sides and inner legs. The fronts of the forelegs and of the hocks are black and it has white patches around the eyes. Only the rams carry lyrate-shaped horns. The hooves are distinctly elongated, which is an adaptation to the wet and soggy substrate of their preferred habitat.

Rams are territorial and do not share space, whereas males which fail to establish territories congregate in bachelor herds. Territories are actively defended.

Ewes and their offspring form breeding herds and move freely between territories of contesting territorial rams, which will compete for mating favors only while receptive ewes are within their domains. Territorial behavior may last up to a few months during the mating season.

Breeding is not strictly seasonal, especially not amongst the Botswana populations. However, there is a tendency for ewes to drop their calves during late winter and early summer when water levels recede. Gestation period is 225 days. Terminally pregnant females leave the herd to give birth to single lambs in the cover of clumps of bushes, where they keep their offspring hidden for two to three weeks.

In Southern Africa the Red Lechwe is found only in the Okavango swamps in Botswana and the Linyanti swamps of the Caprivi Strip, Namibia. 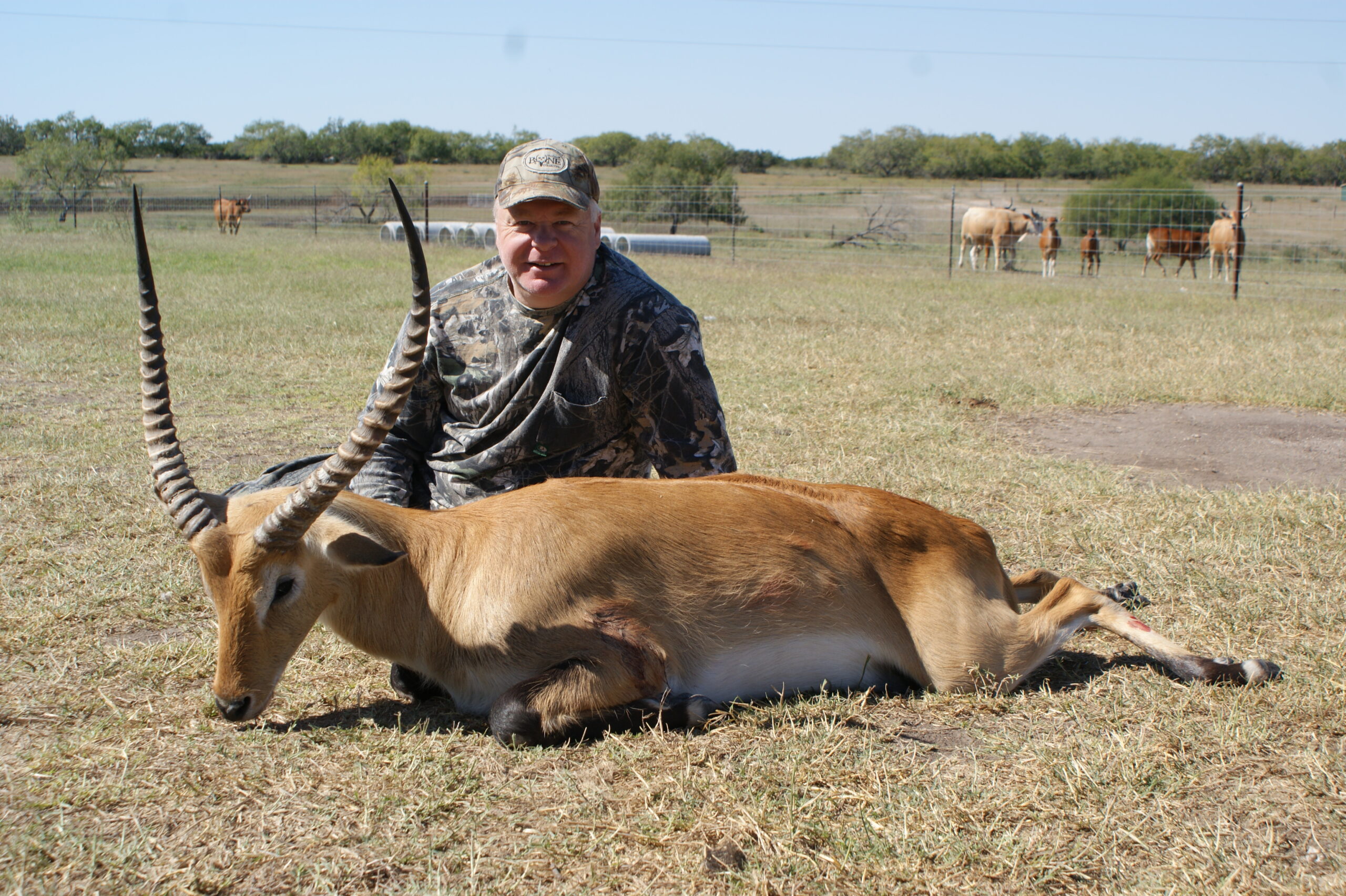 You may hunt our Trophy Red Lechwe using any method you prefer, including Spot and Stalk, Bow Hunting, Rifle Hunting, Pistol hunting, Safari style, or from a Blind. Our Red Lechwe hunts are fair chase on over 2600 acres of South Texas Brush Country! 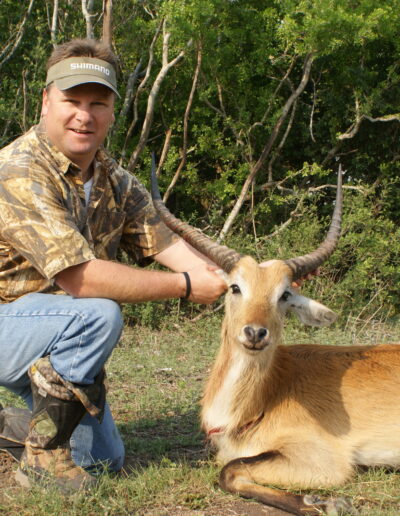 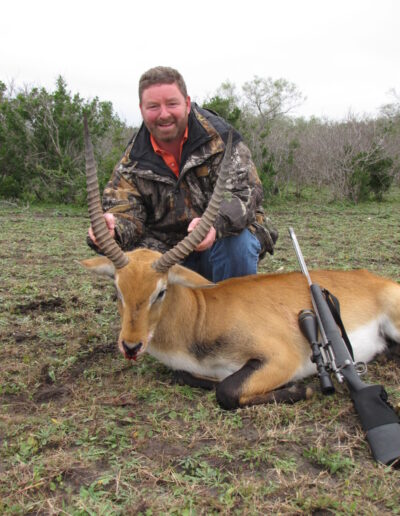 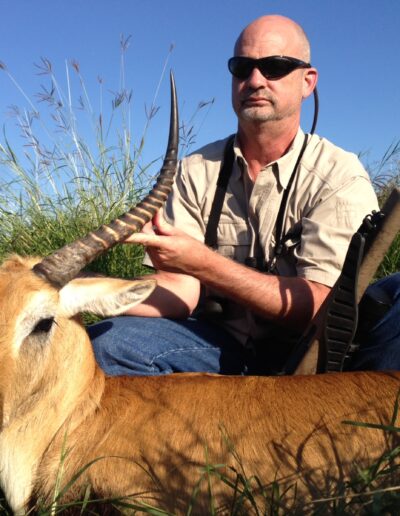 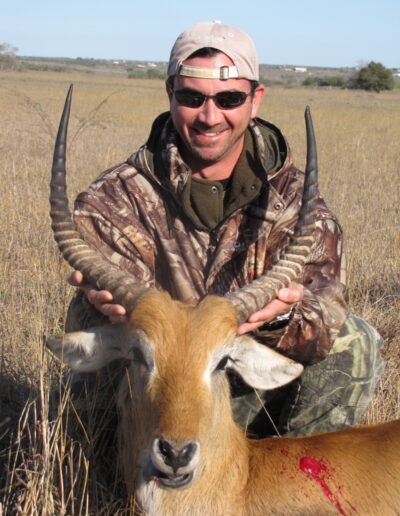 Please fill out the contact form below to receive more Red Lechwe Hunt information or Call: (361) 683-9744 or Email: exotics@lonesomebullranch.com